About the Burt electorate

The Electorate of Burt is an outer metropolitan seat located in Perth’s south-eastern Suburbs.

Following the Federal Redistribution in 2021, the following areas are in Division of Burt:

The following State Members of Parliament also represent our community: 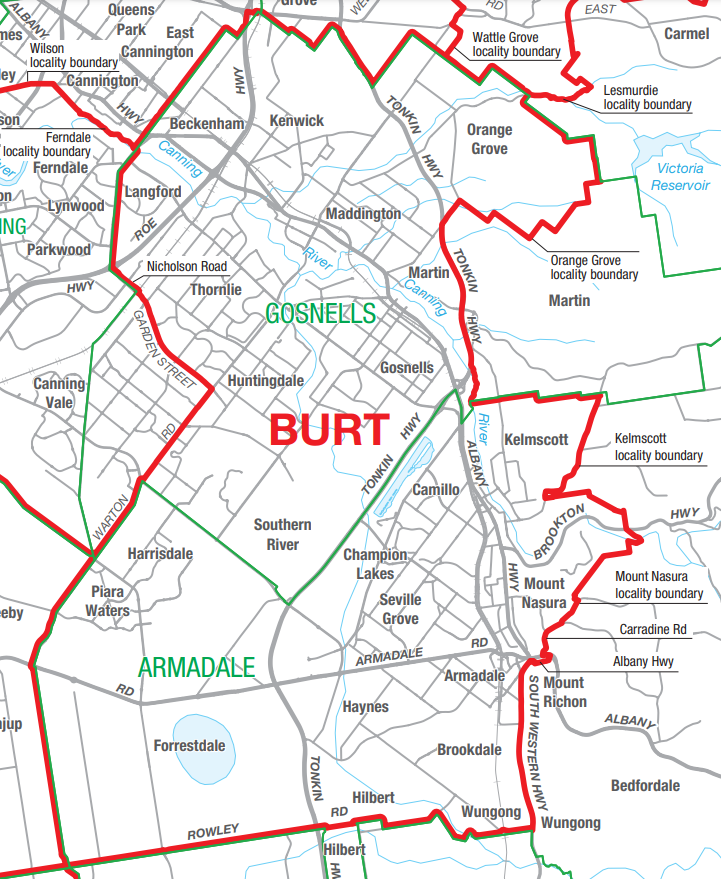